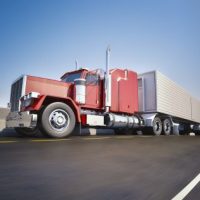 When fully loaded, transport-trailer trucks can weigh up to 80,000 pounds, while smaller passenger vehicles weigh just 4,000 pounds. Due to the sheer difference in size, when an 18-wheeler or other commercial truck crashes into a passenger car, the occupants in the smaller vehicle are going to sustain some of the worst injuries. After a collision involving a commercial truck, victims typically require a lifetime of treatment and care for some of the most serious types of injuries. Below, our San Antonio 18-wheeler accident lawyer outlines some of the most common catastrophic injuries these crashes cause.

Injuries to the Spinal Cord

When the disks, vertebrae, or bones in the spinal cord are damaged, catastrophic injuries can occur. Accident victims may suffer chronic pain and experience severe limitations in their movements. The most severe injuries to the spinal cord include partial or complete paralysis, although slipped and herniated discs can also result in a lifetime of pain and limited mobility.

Traumatic brain injuries are typically caused by objects that penetrate the skull, blunt force trauma, or the jolting of the head backward and forward – causing the brain to experience sudden movement in the skull with both sides of the brain striking the inside of the skull. Concussions, brain contusions, and coup-contrecoup brain injuries are some of the most common. Traumatic brain injuries have many negative impacts on accident victims including limited mobility, difficulties with hearing and vision, and diminished cognitive abilities, such as problems with concentration and memory.

Crushing injuries or injuries sustained due to sharp objects, such as a broken windshield, can result in an amputation at the scene of a crash. In other instances, an accident victim’s limb may sustain such serious damage that it cannot be saved and so, it must be surgically amputated. An amputation can require a person to wear a prosthetic for the rest of their life and spend months, and even years, in extensive physical therapy.

Truck accidents cause serious burns in a number of ways. An 18-wheeler may be carrying flammable substances, such as fuel, that ignites during a crash. Or, a smaller passenger vehicle may burst into flames at some point during the accident. Burns are not only some of the most painful injuries to sustain and treat, but they can result in a lifetime of embarrassment and shame for accident victims. It is not uncommon for burns to cause permanent scarring and disfigurement.

If you have suffered serious injuries after a crash, our San Antonio 18-wheeler accident lawyer at the Law Office of Israel Garcia can help you claim the compensation you need during the recovery process. Call us now at 210-LAW-9999 or contact us online to schedule a free review of your case and to learn more about how we can help.

By Israel Garcia | Posted on January 11, 2023
« Steps To Take After A Car Accident In San Antonio
What Is HB 19 And How Does It Affect Truck Accidents? »

Our Areas of Practice