“I used the methods I learned at Trial Lawyers College and from Psychodrama training workshops to show the jury at a true, deep emotional level what my client had in his life before the crash and what was taken away from him; how the crash happened; and the cover-up scene after they pulled over and he realized he was run into by an off-duty police officer.” – Israel Garcia, 2010 TLC Graduate 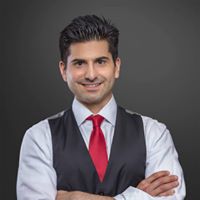 Israel Garcia is a personal injury attorney based in San Antonio, Texas at his firm, the Law Office of Israel Garcia. Israel graduated from the Trial Lawyers College in 2010 and has since attended over eight regionals, grad programs, and other courses offered by the Trial Lawyers College. Israel initially heard about TLC from attending a local Psychodrama workshop in 2010 lead by Psychodramatists, John Nolte, and Kaitlin Larimer, where he met other TLC graduates. “When I was there, I met these lawyers that cared more about their clients than just the job; they actually cared more about the person. So, I realized I wasn’t alone because of how much work I put into certain cases and how much I care for the people I represent. So, when I found them (TLC), I said, ‘Man, this is awesome!’” After attending the Psychodrama workshop, he stayed in touch with one of the attendees, and she encouraged him to apply to the Flagship 3-Week College. Israel was excited to apply but knew that leaving for three weeks seemed like an impossible amount of time away from his job and clients and was something that he just couldn’t afford to do. When he got accepted into the July Class of 2010, he realized how important it was for him to ‘take the risk’ and that he could not afford to miss the opportunity to become a better person and a better lawyer. “It’s hard to get away for three weeks, but it was the best and most important decision I have ever made in my professional and personal life.”

Following eight years of continued TLC and psychodrama training, learning the ins and outs of jury selection, opening statement, direct-exam, cross-exam, and closing, in addition to working with his TLC Local Working Group, Israel took a case he knew was worth the fight. “My staff and I worked tirelessly through the weekends leading up to trial. I also worked with local TLC grads who dropped everything at the last minute to help me do witness prep, provide input for voir dire, and discover the stories that would connect with the jury using the methods we learn through TLC.”

By Israel Garcia | Posted on September 19, 2022
« What To Do After A Serious Truck Accident In San Antonio
How Does Falling Truck Cargo Cause Accidents? »

Our Areas of Practice